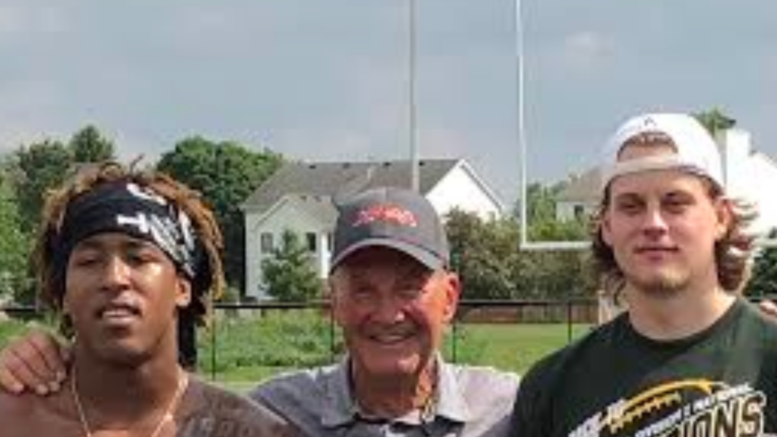 It is our opinion that Joe Burrow just finished the Greatest Season of All time in FBS College Football as a Quarterback.  It was a great privilege to have Joe work out several times with Coach Sink the summer between graduation from Ohio State and his 2 years at LSU, completing his college eligibility.

Some of what leads us to believe the above statement is true, is Joe Burrow lead his team to an undefeated season going 15 and 0, winning the SEC conference championship, while defeating arch rivals Alabama and Auburn.  On his way, he defeated every top ten ranked team that his team LSU played and that was a total of 7.  He set the all time record for TDS in one season, 60 with an incredible 78% completion average for the year. He won the Heisman Trophy for the best football player in the country and won the National championship 42 to 25 over a team,  Clemson, who was undefeated over the last 2 years and was the reigning National Champs. In addition, by just mentioning the poverty in south east Ohio, he was the catalyst to raise to date,  over a half a million dollars for this worthy cause.

To our knowledge, no one has ever achieved all of these in one year.  Only Joe Burrow has done all of this, and this Athens, Ohio born young man has done it with an incredible competitive but humble attitude while most of us sitting on the sidelines cheered with all we had for him to just keep going.  And that he did !!

His Dad, Jimmy has had a great career as a College football coach and his Mom Robyn as a high school principal, who were able to spend a lot of their year watching first hand, their son Joe have the Greatest Season of All Time as a Quarterback in FBS college football history.  Congratulations from Coach sink to a fabulous family and their incredible young man, Joe Burrow.   Above, pictured left to right with Coach sink.   Bennie Snell Pittsburgh Steelers, Coach Sink, Joe Burrow LSU.

Be the first to comment on "Joe Burrow, Greatest Season of All Time."