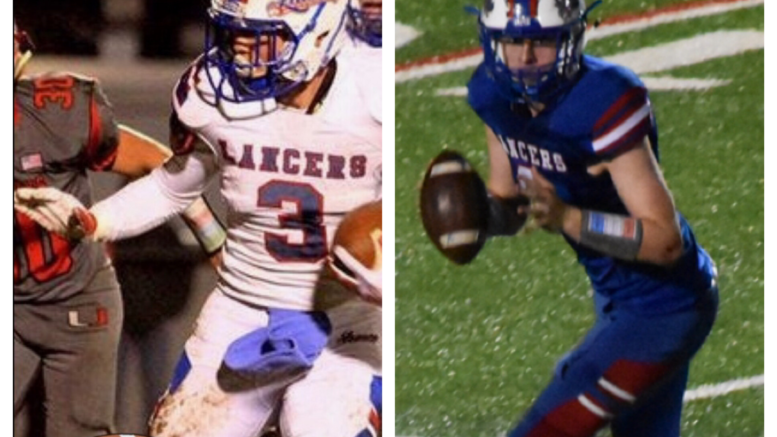 Connor Roesink RB and QB Connor Vierstra, were both voted Licking County All Stars which includes all divisions of football.  The Connor to Connor show in football this past season were responsible for the turn around in Lakewood HS football program and started for Coach Lee  what I believe to be an up and coming football program in Licking County.

With this award comes the invitation to play in the prestigious East West game match up between Licking county and neighboring Muskingum county. Always an entertaining game, that was won by the Licking County team last year under the direction of Head Coach lee from Lakewood.   With these two guys teaming up we look forward to another victory this coming June at game time.

We are very proud of these outstanding football players and what they accomplished this year and both were also selected for the All-District Team as well.

Proud of you both, Connor Roesink and Connor Vierstra.     You can see their highlight films on Hudl under Lakewood Lancers …