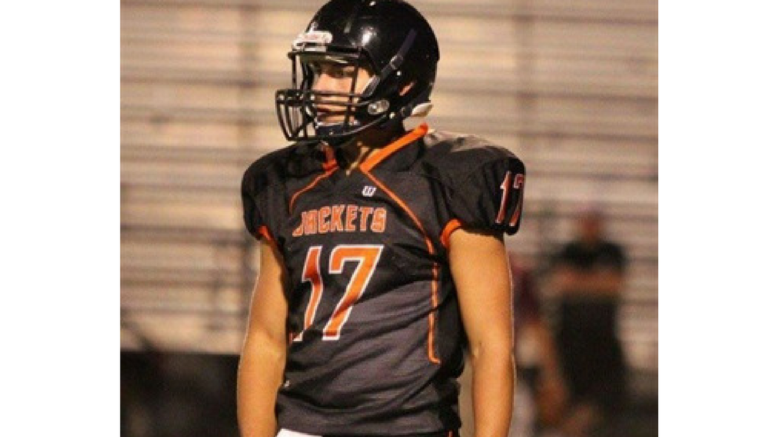 Sometimes it is a fight to keep winning in this game of football, and that is the way it was Fridayfor my awesome Senior QB at Mt. Vernon HS in Mt. Vernon Ohio.   Jaxon Gregory is seemingly fighting for every yard this year but as all my boys know “Adversity Breeds Greatness”.  Taking on Lexington HS which was new on their schedule this year they knew would not be easy and right they were.   Well coached and fought hard the entire game but, Jaxon Gregory the team leader and Senior QB who has been playing at a level to deserve the Wins kept it going in another low scoring affair.   Jaxon and his 2 WRS which are some game breakers, Logan Tate and Kaden Daniels, and his brother, Sophomore Wyatt at RB, kept moving the ball but could not seem to get it in the end zone against the stout defense of Lexington.

In the fourth quarter, Jaxon and his boys put it all together and with a beautiful fade that Jaxoncalled with an audible to Kaden in the back of the end zone for the winning score, Mt. Vernon 15 Lexington 13, to bring the season back to even with a now 2 and 2 record.  For the night,  Jaxon went 11 of 18 and a TD with 138 of passing.  Logan made some key receptions with 5 completions that also helped in the final drive.

If Mt. Vernon can put the ball up a little more each week they will find that Jaxon Gregory is one of the most accurate throwers I have ever coached and proved it also summer in some major camps.  So, Jaxon put it up and beat Ashland this week.   Coach Sink is very proud of his Senior QB and the other three guys in the article that have been working hard to turn around the Mt. Vernon football program and it looks like they are doing just that.