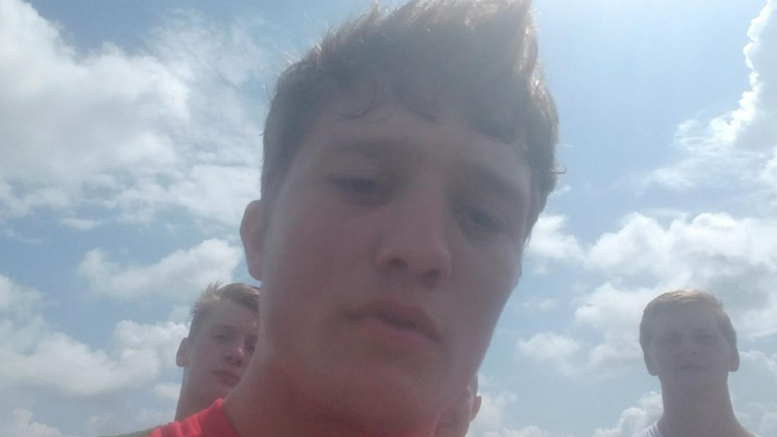 Connor Roesink 5’10” 195 lbs. RB, HB, LB, FS  Lakewood High School Hebron Ohio, had a big decision to make this past spring as he and his parents sold their home and moved.   Not that thousands of young men in high school football didn’t have to do that, but between your Junior and Senior year makes it a little more difficult.  Roesink, who is also a star basketball player as well, had to consider all new team mates for a Senior season  on both sports teams.

Not sure he was up for it, he decided to concentrate on basketball until the Head football Coach Lee, came to him and said we need you Connor to be apart of our rebuild here at Lakewood.  That was all Connor needed, as he loves both sports and had been a star in both at Newark Catholic.   He jumped right in and started working with Coach Sink and his outstanding QB Connor Vierstra and the other Lakewood Receivers.   From the very first work out you knew he was going to be an important key to OC, Coach Poulnott’s, Lakewood passing and running attach, as Connor brings a quickness and speed along with a toughness that is common in powerful running backs to every game as well as to workouts.

As most of you know that are on my site on a regular basis, I only do articles on QBS and WRS, however, in Connor’s case, he has a last name, Roesink, that will get him a little extra shot on this site.    Most of you who know Coach Sink personally, also know he would not do an article on anyone that wasn’t the real deal as a player.  I can tell you that Connor Roesink deserves all the accolades and press that this article will bring and maybe a lot more as it is not a mistake when we said he played Running back, H back, Linebacker, and free Safety and as his Mom Kim says is the long snapper on all punts.  His Dad Tim, was an All-State QB and an All-State basketball player in Mississippi and Tennessee, and is the Junior High School, head Football  Coach at Lakewood, and his Papa is Coach Sink so he does come from a solid football background.  His brother Tate was a star point guard on the basketball team at Newark Catholic so it is easy to see Connor comes from a family of Jocks.  The best thing you will like about Connor is he has his priority of life in order; Faith, Family, and Football and that makes him an outstanding young man.

Have a great season Connor Roesink and the Lakewood Lancers.

Be the first to comment on "Connor Roesink, awesome football talent"