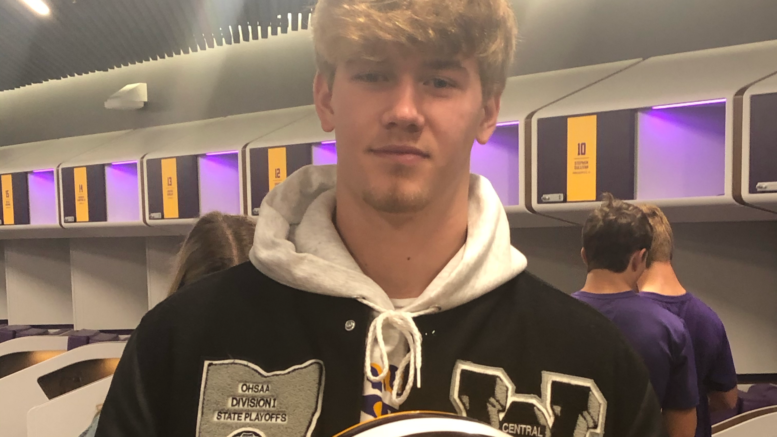 Judah Holtzclaw Westerville Central HS  Westerville, Ohio 6’6” 220 lbs QB, along with being 1st team All-League and All-Central Ohio has now been named to the All-State rankings by being named to 3rd Team in Ohio.  A great accomplishment for any position but even more so at the heavily contested QB spot.   Judah also ended the regular season leading the state of Ohio in yardage for the entire D1 Division.  His last two weeks consisted of visits to Clemson and LSU attending 2 great games at each University and drawing great interest around the country as one of the top prospects in the nation.  He has also been invited to the prestigious Hall of Fame World Bowl and the World Bowl Combine which is held in Orlando, Fla. January the 23rd, 2020, during the NFL Pro Bowl week.

Not often is it possible that one High School football team places more than one in the All-State rankings but Coach Morrison’s Westerville Warhawks had 3 including Judah Holtzclaw at the QB spot.  The other two to be named to the 3rd Team All-State group were Linebacker extraordinaire, Zeke Healy and the talented running back/ defensive back, Ricky Hyatt, who has already committed to Kentucky.  Healy and Holtzclaw just happen to be cousins and both are Juniors.  Congratulations to all three of these Coach Sink kids on a great year.