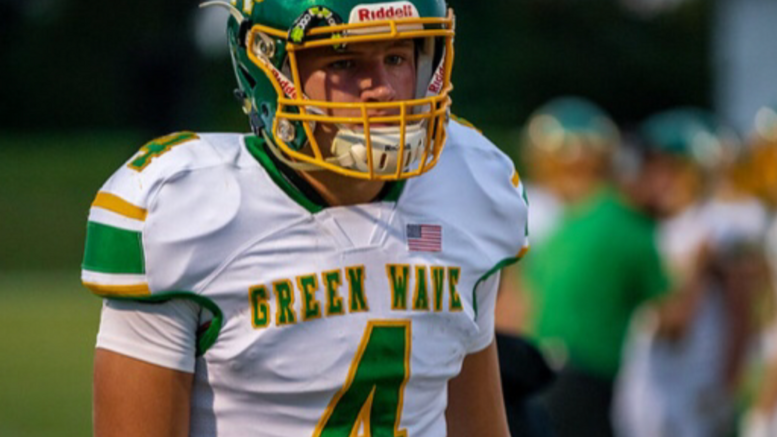 After a slow start offensively, Matt Carlisle QB 6’3” 195 lbs.  got in the end zone for one of his 3 TDS on the ground to give NC a 13 to 0 lead at the end of the first Quarter.  Then it became the WR Slater Evans show as he picked up a one bounce punt return and took it left and then started weaving his way all the way to pay dirt putting Catholic up 19 to 0.

Then early in the third Quarter Shadyside had moved the ball all the way to the NC  5 yard line and got a penalty.  They then tried a field goal which was blocked, and Slater Evans said, “Look what I found’ and after a little coaxing took the ball the length of the field while  showing some of his great speed.  The route was on.

Matt Carlisle, our QB, directed, threw the ball with accuracy as he always does, and ran for 3 TDS, one of which was for 51 yards.  The other two were from 10 and 9 yards each and the 10 yarder was right after a 30 yard pass from Carlisle to Chance Brooks. Carlisle had 47 yards of passing and 119 yards rushing.  Derek Hawk the fine running back for the Green Wave added 103 yards rushing and that was all she wrote.  Newark Catholic Green Wave 40 Shadyside 0.

Now it is on to Westerville Central field to face the #1 seed Harvest Prep on Saturday night this week.  Carlisle Evans and Hawk will need their A Game but you can be sure they will bring it.

Be the first to comment on "Evans and Carlisle lead shutout of Shadyside."