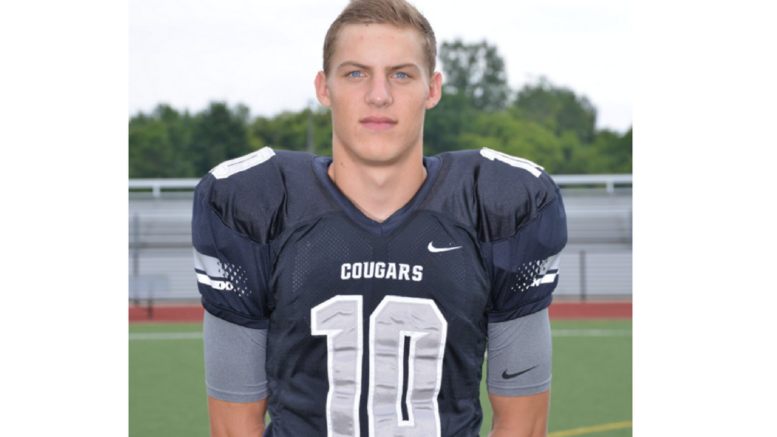 They are loving their QB at South Lyon East HS in South Lyon, Michigan.  I am too.   With just3:30 left in the game and down by 1 point to the undefeated Walled Lake Northern team (3-0) 6’2” QB Chris Kaminski stepped it up, took charge and led his team right down the field and put it in the end zone for a 42 to 35 victory for the now 2 and 2 South Lyon East team that is growing up right before our eyes.

Chris’ numbers are the night a pretty remarkable as well.  He completed 13 passes for 19 attempts and 146 yards and 2 TDs and also rushed for one more.

That is 68 % completion for the game and considering the opponent and their defense that is an awesome night. Chris is now becoming the kind of field general that I knew he would be with just a few games under his belt. Now as South Lyon gains momentum it will be interesting where the awesome college prospect QB will be able to take them yet this year.   I can’t wait to find out !!  Chris, very proud of you just keep it rollin’.