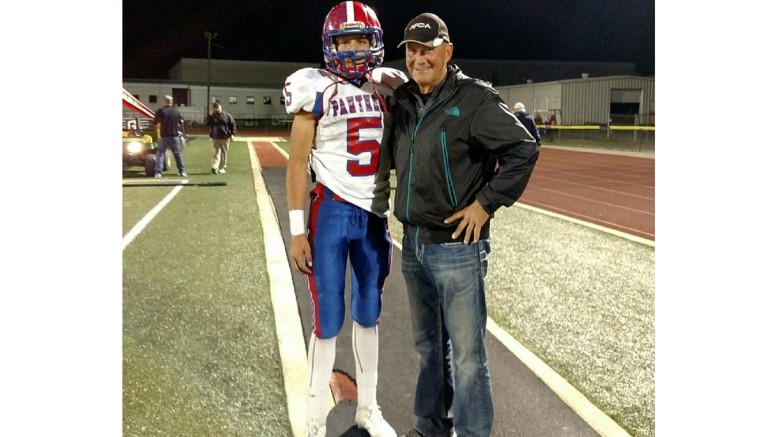 Licking Valleys new sophomore QB took Thursday night Lights to a new meaning.  The televised game between the Panthers and Watkins turned out to be lights out for Watkins and Lights  up for Licking Valley when Jake Lewis our 6’1” 190 lbs. QB lead a 31 to 21 victory.

Jake only attempted 9 passes but completed 6 of them for 130 yards and one TD which was caught by Gunner Carpenter who also rushed for one TD as well.  In addition, Jake carried the ball 25 times and rushed for 156 yards and 2 TDs on the ground.    That gave Jake a total of 286 yards of offense and won him the Columbus player for the game.

The announcers on TV called Jakes game, “Best performance by a single athlete so far the year on ThursdayNight Lights!!”

Jake has a standing appointment for every Thursday night to work with Coach Sink and his Receivers to go over the game plan that Randy Baughman  has so capably put together, so he is ready to go each Fridaynight.  All this hard work is paying off and his and the Panthers future sure look good.