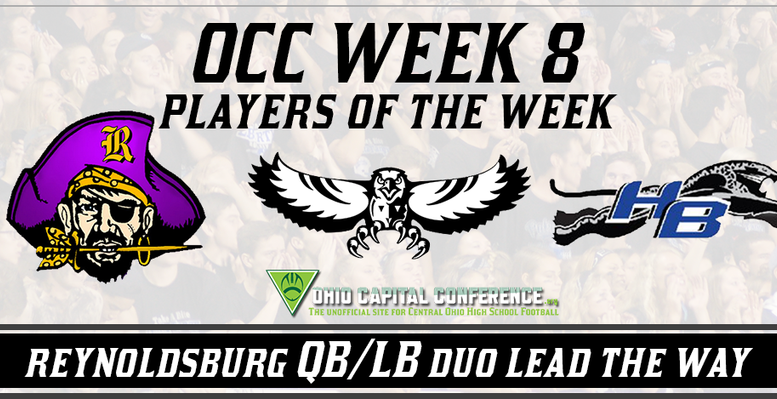 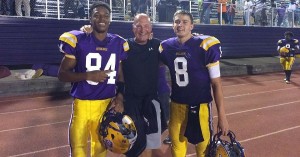 Once again, “Hard work pays off” and it was evident this week by Nate Barko who quarterbacks for Reynoldsburg High School and wide receiver Martee Morse who was runner up for player of the week as a receiver.

Here’s what the Ohio Capital Conference website had to say:

Week 8 OCC Quarterback of the Week

In a primetime Thursday evening game, Reynoldsburg quarterback Nathan Barko treated Raiders fans to arguably one of the most exciting games of the OCC season. Barko orchestrated several key moments and capitalized when his team needed him most, helping Reynoldsburg to outlast Lancaster, 49-42 in triple overtime.

While their game was possibly overshadowed by the televised Olentangy-Kilbourne game on Thursday, the Raiders and Gales excited on the field and executed time after time. When it seemed Lancaster was going to clinch the victory, it was Barko who led Reynoldsburg back, including the final two scores in overtime that sealed the victory.

His 1-yard touchdown rush on the final play of the game in the third overtime ultimately sealed the victory. Barko finished the night completing 20-of-29 passes for 279 yards and three touchdowns. His final score was his second rushing touchdown of the season, and the game-decider.

Barko now has 1,266 passing yards on the season and 10 touchdowns. He and the Raiders are not out of the Ohio Division race with Gahanna Lincoln’s recent loss, and with two winnable games remaining against Newark and Groveport Madison, Barko will have to play a pivotal role.

Be the first to comment on "Coach Sink QB, Nathan Barko Named Player of the Week in OCC"