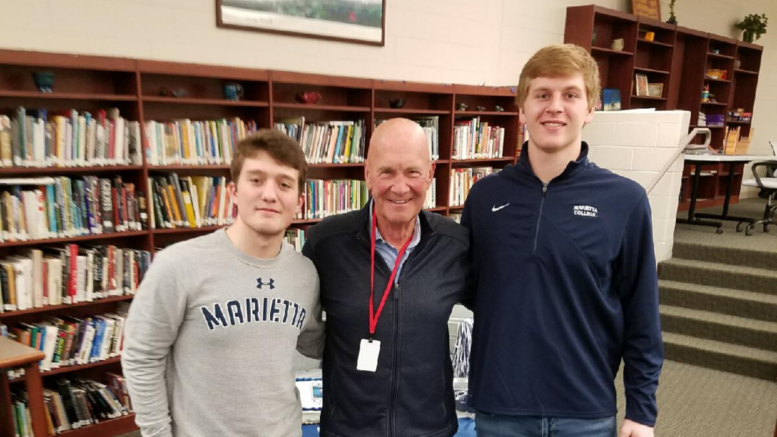 The two Connors, Stars of the Lakewood HS football program are taking their show on the road to the beautiful campus of Marietta College in southern Ohio, down on the river, in Marietta, Ohio.  Connor Roesink, an all purpose player who can play on either side of the ball and proud to say a coach on the field, could end up as a running back or slot receiver, or out side Linebacker , or free safety, or about any other place he made up his mind to play.

Connor Vierstra, is a QB extraordinaire and we cant wait to see him take his game to the next level. Vierstra has all the talent he needs to lead the offensive side of the ball at Marrietta for Coach Andy Waddle, who was 2017 Coach of the Year in the conference and with the addition of these guys could be right back there again and more with the addition of these guys  in the next coming years. He will  be playing for Coach Lucas Poggiali, who has known Coach sink since he was a senior in High School playing in the North South Game.

The Connor to Connor show has certainly been exciting to see in High school and I am sure it can make the transition to College next fall. As a Coach to both and a Proud Papa to Roesink, I am sure we will be making that trip on many Saturdays in the next few years to see these guys perform for the Pioneers.   The signing is always a big deal to all High School players and this one was even more interesting as the two Kim’s (that’s right bought Mom’s Roesink and Vierstra have the first same name as well) brought the fabulous cake big enough for half of the school, had the football and basketball team not attacked it.

Great year on the gridiron and both of these guys are still alive in the State basketball playoffs and play this Saturday night, and by the way are two of the Stars on that team as well.  An awesome day and a special day for Connor Vierstra and Connor Roesink and Lakewood Athletics.  The most important thing about these two is the Character of each for they are not only good football players and athletes but awesome young men and they will not soon be forgotten at this neat High School located just south of Newark Ohio.

Go Connor and Connor , take this show on the road and make it even better in southern Ohio for the Marietta Pioneers. 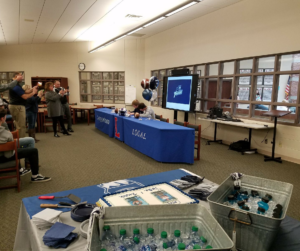