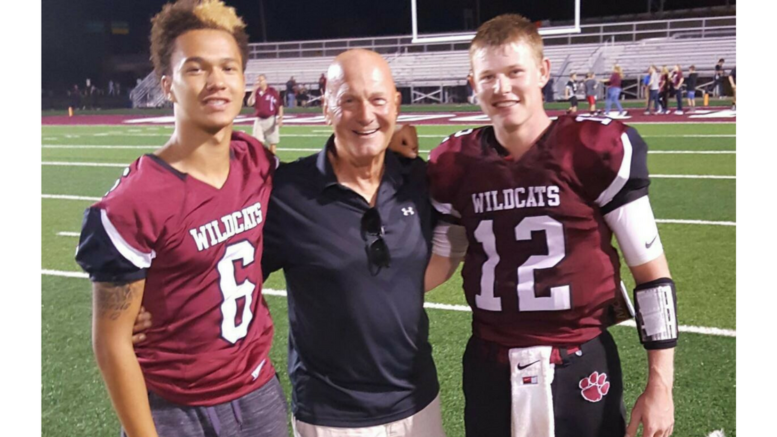 Kaleb Jarret has the Newark Wildcats growling.  The senior QB has the ship turning in the right direction and Friday night did another masterful job in getting a 14 to 7 victory over Marion Franklin, where in the second half threw a long pass to Taveon Swift, who made a spectacular catch over his head to set up the wining score.

This one is following wins over Zanesville 41 to 0 and Mt. Vernon 21 to 20 (beating one of my other outstanding young Junior QB’s Jaxon Gregory who put in a stellar performance in the first half and had Mt. Vernon up 20 to 7).  Kaleb brought the Wildcats back in the second half and pulled it out in the final seconds.

Pictured here is Kaleb with his fine Junior WR Ashton Gilkey who has been injured but expected to play this coming week.

Taveon and Ashton are a lethal combo for the Wildcats and we are looking for some outstanding football from both of these and the balance of the receiving core to help Kaleb keep the Newark Wildcats on a winning road.