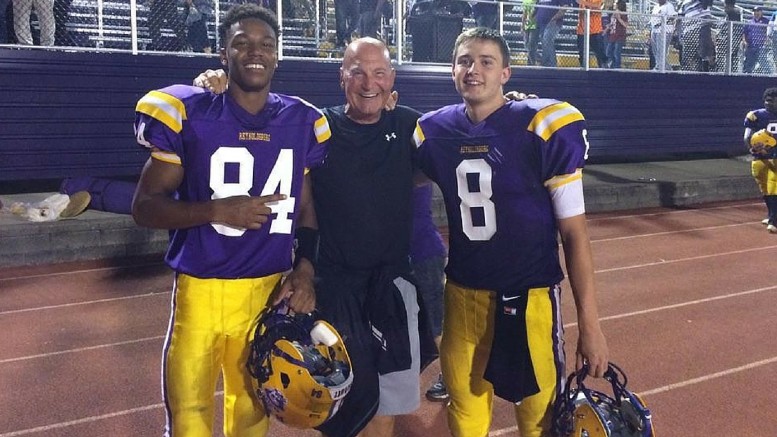 Nate Barko Junior QB for Reynoldsburg  High School is building a big reputation for being a winner.  He lead his team to yet another victory over the Newark Wildcats 48 to 7.  Nate ended up with 192 yards passing and 2 TDs and then rushed for an extra 12 yards as he lead his up and coming Reynoldsburg Raiders.   Coach White is very proud of the progress this team is making but not satisfied just yet as they have dreams of doing some serious damage in the playoffs.

His outstanding receiver core of JJ Cooper, Justice Landers, Jordan Hey and his number one receiver Martee Morse can do some real damage along with the potent running attack as the Raiders meet Groveport Friday.

WE need to mention that the QB from Newark who did an excellent job but had just returned from a broken collar bone in the first game of this season. Kaleb Jarrett Newark’s outstanding Junior QB threw the ball very well but being his first game on the field since week 1 was a difficult task and against the Raiders.   We look forward to seeing Kaleb rise to the top as a QB this coming summer and next year.