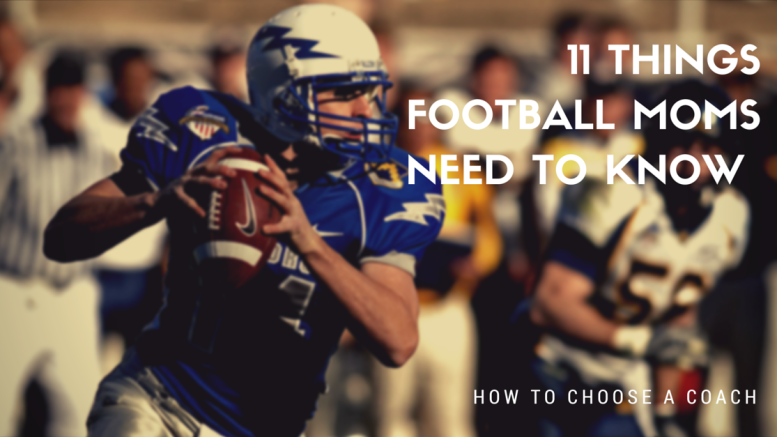 One of  the biggest concerns for moms who are interested in helping their child develop at a higher level faster is “How do I choose a coach?”.

Since this question comes up so often, I decided to address this issue with what I believe are 11 things that will help give you ‘peace of mind’ when choosing a coach.

So whether your child is going into football for the very first time, you are transferring to a new community, considering the hiring of a private positions coach or deciding on what college they should go to, these simple but important points should help.