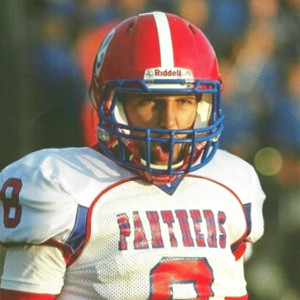 After a good 2012 Junior year of passing for 900 yds, Grant Garber of Licking Valley High School in Newark Ohio decided he didn’t want to be just another Quarterback on his high school team. Instead with the direction of his high school coach Rand Baughman, he called “Coach Sink” and booked an appointment and the rest is history, as they say. Grant went to work as hard as anyone coach has ever had. He went to several camps including the prestigious University of Louisville Elite 64 Quarterback camp, where Coach Sink says he learned he could play with the best in the country. I don’t believe Grant ever missed a weekly work out session with coach sink and his receivers, and sometimes there was 2 and 3 sessions in a week. Beyond that, Grant went to work in between sessions and improved his footwork and throwing technique immensely and developed a confidence that is necessary to be able to play at the highest level. Coach Sink also spent time developing Grant’s gifted receiving corp and you will likely see a couple of them get offers of scholarships to play football in college.

The results of all this, along with an excellent coaching staff, Grant Garber has become the all time leading passer in the history of Licking Valley High School throwing for 2231 yards, completing 150 of 264 attempts for a 57% completion average. On top of that Grant completed 18 of those throws for Touchdowns, also an all time record at Licking Valley. The team made the State playoffs and won the conference Championship.

“I am personally very proud of what Grant has been able to achieve, says Coach Sink, “and he is a testimony to the fact that hard work and coach-ability will take you as far as you can dream.” Congratulations to Licking Valley and Grant Garber in putting together a phenomenal year.