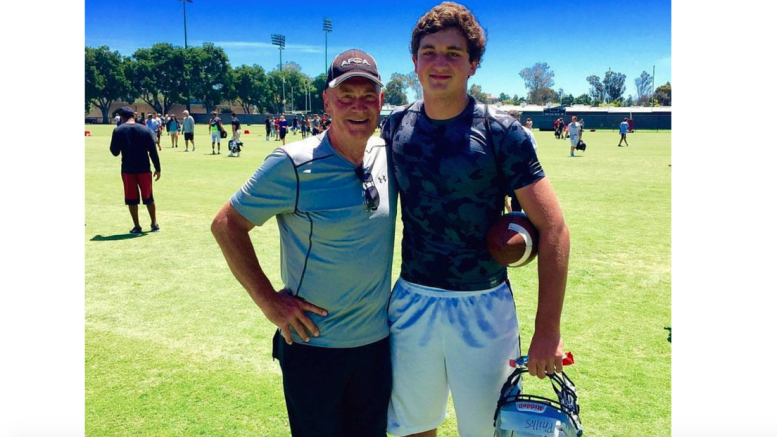 Hilliard Bradley coaching staff and head coach Mike Laparo took the reins off and let Will Phillis Jr. QB start doing what he does best, throw the football, and throw it he did.  Will went 23 for 32 and 368 yards and could have had another 100 yards but had a couple of key drops early in the game.  He also dropped 4 of those throws in the end zone for Touchdowns and proved to Canal Winchester they were no match for the air attack of the Panthers.  Final score 35 to 0.  Bradley’s young 6’4” Sophomore WR Kory Taylor corralled 2 of Will’s throws for TDs and is a fine D1 prospect with a very bright future.  If that is not enough, all the starters were pulled out of the game with still 10 minutes left on the clock in the fourth quarter.  Congratulations to Will, who remains one of the top Quarterback recruits in the US, and the Hilliard Bradley Panthers on a great game and opening up this offense so that we can see the talent that is a playoff contending team.

These  guys have and are putting in the extra work to succeed on the highest level of this great game of football.